Camp Anne offers a structured, yet relaxed, experience for children and adults who function in the moderate, severe, or profound ranges of mental retardation. Offers a traditional experience.

For over 80 years Camp Michikamau has offered a high quality traditional overnight camp for youth and teens.

SOAR offers high adventure summer camps designed specifically for youth and young adults between the ages of 8 and 25 diagnosed with ADHD and LD. Each of our summer camp programs promotes friendships, increase self-confidence, and develop life skills. 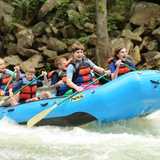 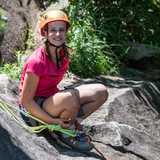 We are an adventurous and fun resident camp program located in the Adirondack region of NY State. 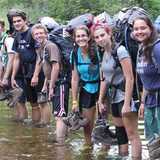 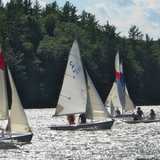 The Southampton Fresh Air Home provides a unique vacation experience for physically challenged children between the ages of 6 to 22. Camp programming includes arts and crafts, computers, sports, and swimming, and sailing. Contact David Billingham: (631) 283-1594 or dbillingham@sfah.org 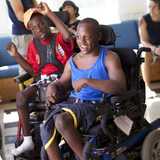 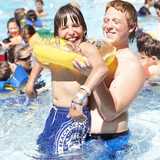 Mission: To provide a summer of fun for children living with HIV/AIDS and sickle cell disease. When: Session 1: July 26 - August 1 Session 2: August 7 - 13 Where: Warwick, NY.

Where times have changed, Camps Baco and Che-Na-Wah - and what kids get out of camp - remains refreshingly constant: children play all day, learn new skills, challenge themselves, make lots of new friends, explore their own potential and, most importantly, HAVE FUN!

Ramapo provides a safe, predictable, and highly structured environment which fosters the development of positive social and learning skills. A particular strength of Ramapo is its one-to-one staff-to-child ratio. 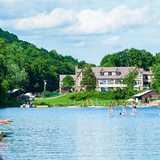 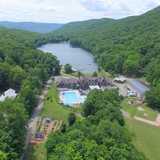 Iroquois Springs is a safe, fun filled environment for children looking to experience the magic summer camp has to offer. We have been the site of the finest in sleep-away camp experiences for boys and girls since 1931.

Camp Hilltop is a traditional co-ed overnight camp in Hancock, NY. We offer 2 – 8 week sessions to campers ages 6-16. Hilltop’s nurturing, non-competitive, structured and positive community has over 60 activities to fill your summer with fun. 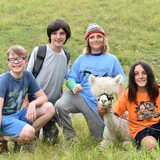 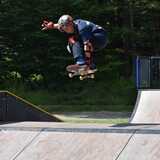 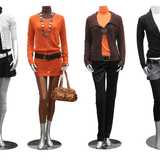 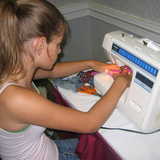 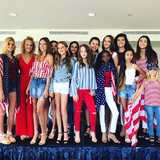 French Woods features individualized programming for ages seven to seventeen. Select from theatre, dance, music, circus, art, sports, riding and much more. Spend the summer of your life in the scenic western Catskills. 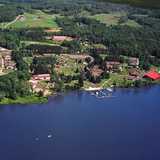 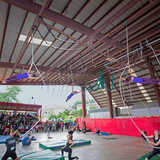 CREATE. PERFORM. INSPIRE. LEAD. Join us for an exciting, cutting edge downtown theater experience that helps you develop your talent. 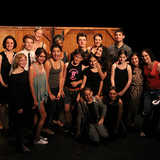 Harriman Lodge operates as a true summer resort offering vacations for people with mild to moderate mental and physical disabilities in a beautiful Catskill Mountain setting. Offers structure without being restricitve.

French Woods Sports and Arts Center is America's Top Teen-Only Summer Camp. The Camp is located 2.5 hours from New York City. Boys and Girls aged 12-17 have the option of an affordable 2, 4, 6, 8 or 10 week session. ACA accredited . A Lake Placid sports experience for adventure-minded people. The camp offers 5 hours of daily sports activity and interactive Olympic education. Participants have the chance to meet Olympic medalists and tour the venues where they train.

The YMCA of Greater Bergen County offer traditional, back to basics residential and day camps.


Search By City In New York

General Notes About Camps in the State of New York

New York is the 3rd most populated state in the union at just under twenty million, of which over eight million people live in New York City alone. Thus, there will be a large number of day camps in the NYC metro area - which is chiefly comprised of five urban boroughs: the Bronx, Manhattan, Queens, Brooklyn, and Staten Island. Since New York City is a cultural mecca of sorts, there are also a number of specialty summer programs related to the arts, sports, and education. For instance, there are a number Broadway related drama camps and acting camps, as well as other performing arts programs such as dance camps. In a stark contrast to one of the most developed urban centers in world, much of the area outside of New York City is comprised of much more rural landscape - commonly referred to as upstate New York; offering a more suitable environment for traditional sleepaway camps and other residential summer programs. Other major cities in the state include: Buffalo, Syracuse, and Rochester.

The weather during the summer is normally relatively humid and hot in New York City, while noticeably more cooler in the Adirondacks and the Catskills.

The Catskill Mountains in the southeast and Adirondack Mountains in the northern portion of the state each boast a wealth of forests, lakes, rivers, and other natural features and are home to a number of camps ... especially in the Catskills.