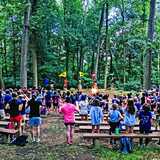 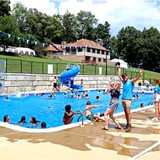 Get into the best physical and mental shape of your life while enjoying a great camp experience. Full land and water sports program plus nutrition classes cooking classes and behaviour modifacation. weight loss self esteem and fun

Success, Confidence, Enthusiasm, Acheivement & Self Worth. It is to this end that our program of therapeutic recreation has been designed. Every activity is planned to meet the capabilities of each child. Our campers feel they belong. 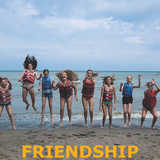 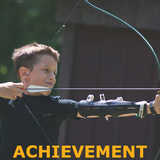 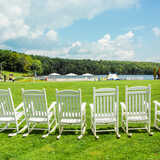 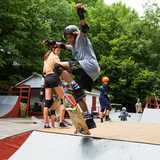 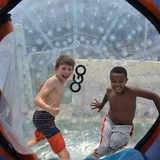 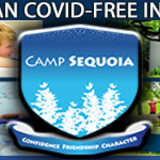 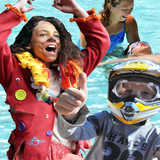 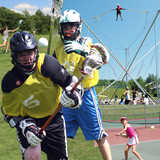 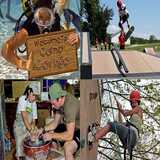 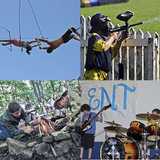 Youth & High School Summer Programs | Be the Pioneer of your Journey! Pinemere is a JCC-affiliated, non-denominational, Kosher camp, dedicated to providing an extraordinary resident summer experience in its unique Jewish setting on 180 private acres in the Pocono Mountains. 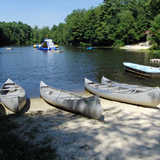 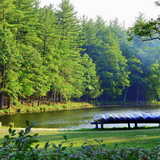 Join hundreds of families in our Family Camp, Grandparent/Child Camp, and Single Parent family camp weekends. Great facilities and fun await you at a great price.

Camp Lee Mar is a coed overnight camp for children and teenagers with mild and moderate developmental challenges. All the fun activities of a traditional summer camp, as well as academics, speech & language therapy, vocational preparation, and daily living skills. 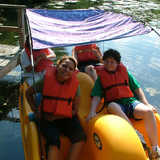 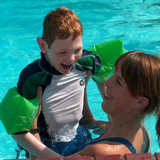 Valley Forge offers 3 programs that will challenge your child, an overnight adventure/fitness camp for boys 9-17 and a co-ed day camp ages 6-17. Leadership training, sports, and field trips make our camp unique and a step ahead of other adventure-oriented summer programs. 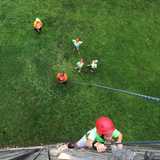 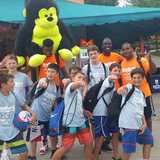 First Time Camper Specialists! We pay special attention to the needs of those campers away from home for the first time. Over 60 daily activities and great facilities! Accredited by the American Camping Association. Contact us for a brochure packet. 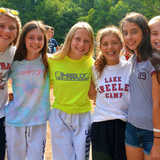 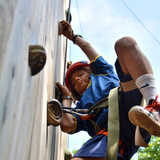 Practice Perfect Sports, under the direction of Gary Phillips, is pleased to join the Upper Main Line YMCA in offering a July 2012 Youth Football Camp! YMCA Membership is NOT REQUIRED to Participate

The highlights of this site include the suspension bridge which crosses Big Pocono Creek which is suitable for tubing, fly fishing and environmental studies, as well as “the ridge” which gives a majestic view of the Pocono Mountains including the Delaware Water Gap. As a camper once said, “Camp would not be camp without a ridge and a bridge”.

Camp for Maryland Children with Asthma

Camp Conquest Summer Camp Programs are designed on purpose. It is our intention to develop volunteers who will walk alongside campers on their journey to “know Christ and make Him known.”


Search By City In Pennsylvania

General Notes About Camps in the State of Pennsylvania

Pennsylvania is the sixth most populous state. A significant number of summer day camps and arts related youth programs such as music camps, acting camps, and fine arts camps are contained within the more urban setting of the states' major metropolitan areas: Philadelphia, Pittsburgh, Erie, and Allentown. Likewise, the mountainous and forested region of the Poconos to north of Scranton house a large cluster of sleepaway camps and other residential summer programs. While most of the state is inland, a small portion of the northwest section of the state borders Lake Erie and houses several large rivers such as the Allegheny, Delaware, Susquehanna, Monongahela, and the Ohio.

The climate of most of the state is generally humid with warm temperatures in the summer months - generally very suitable for summer camp activities.

Pennsylvania boasts a number of historical sites and landmarks such as Gettysburg, Valley Forge, the Liberty Bell, the site of the Continental Congress, as well as a number of colleges and universities such as Lehigh and Penn State ... making for an excellent setting for academic camps.

Youth who are interested in the study of wildlife during camps for summer may encounter various critters and plant life in The Keystone State, including: deer, bears, otters, wild turkeys, white pines, American chestnut trees, and perhaps even a rare Long-eared owl!

Get your own valid XHTML YouTube embed code
Learn More

Camp Lohikan in the Pocono Mountains

Summer in the City at Point Park University